Link: BBC Radio 3 / Between the Ears

I have just completed a short sound piece for the BBC Radio 3 series, Between the Ears.  The sound work takes the form of an audio memoir or perhaps reverie, based on recordings of my mother’s voice, which I have been making for over forty years. My mother died in April 2011, and listening back to these intimate fragments of her speaking reminded me of Roland Barthes’ book Camera Lucida, in which the author sits alone in his deceased mothers flat, sorting through her photographic remains.
The Camera Lucida ( light room) to which the title refers, is an optical device that allows artists to view simultaneously their subject and the surface of depiction, thereby enabling the creation of a highly accurate image. But such accuracy may still lack the essence of the subject. As Barthes sorted through the images he finds only a fragmented ‘likeness’, he writes: ‘I missed her being, and therefore I missed her altogether’. He continues: ‘If I were to show them to friends I could doubt that these photographs would speak’.
Listening to my mother’s voice, there is a likeness and accuracy to its reproduction. But there is something more, something vital, which lies beyond the fidelity of tone and the familiarity of the story told. When Barthes  appeals to the audible qualities of language in order to identify that which was essentially lacking in his mothers image, he tacitly recognises the vital qualities of voice and utterance.
In this new sound piece for radio, I take a journey with my mother’s voice, listening for her in the recordings we made and the sound works I composed, reflecting  upon the act of recording and our relationship with memory and loss.

I would like to thank to Chris Ledgard, who produced the show in Bristol and who sensitively and eloquently edited my ‘script’; studio manager Mike Burgess for his erudite attention to detail, and Duncan Miller for the transcription of my mother’s voice to wax cylinder. 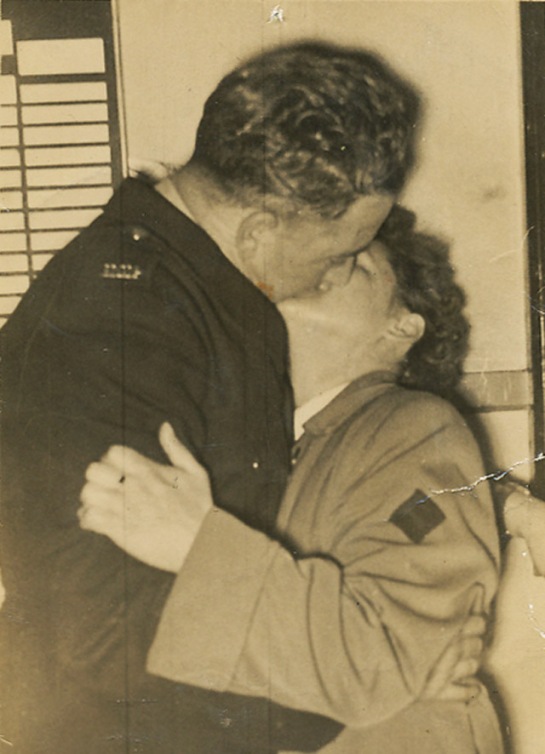 “…and he thought a kiss would make up”