I recently visited the Robert Rauschenberg retrospective at Tate Modern and saw for the first time the exquisite and fully unfurled Automobile tire print (1953). Choreographed by Rauschenberg, the print was of course performed by the foot of John Cage and the accelerator of a Model T Ford. The twenty-two foot scroll of tire ‘records nearly three revolutions of Cage’s wheel.’ Haunting the dense black tire of line I noticed another tread; a discreet embossed ghost of the un-inked front wheel. In the same room, quietly cornered by the tire is Erased de Kooning Drawing (1953). Together these works question not only authorship and authenticity but also the limits of the visible: the material or immaterial record of action.
These questions resonate with a number of my recent phonographic objects and actions; the microphone-less field-recordings of a silent tide, for which two silent 10” vinyl records are placed in the North Sea, one as the tide comes in and one as it goes out, and the release of silence lost, in which four silent records are [circumstantially] lost to the seas surrounding the UK. 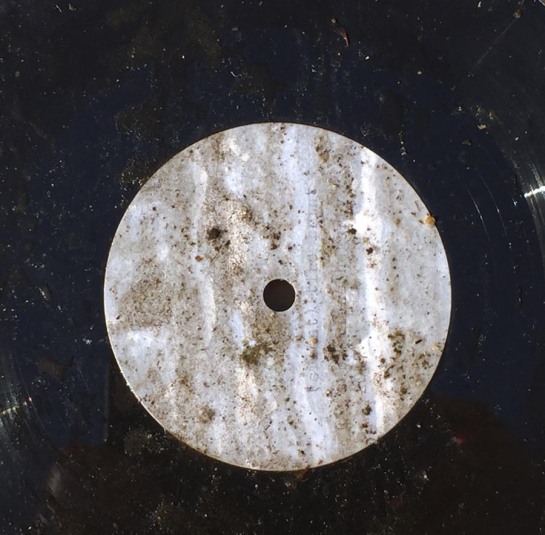 A few weeks ago a friend of mine told me about an auction she was helping to organise to raise money for the musician and artist Greg Gilbert, who had been diagnosed with stage 4 bowel cancer on his daughter Bay’s 1st birthday. I wanted to contribute, and so for Greg and in a sonic homage to Rauschenberg’s Automobile tire print, I placed a 7” silent record under the wheel of my 1964 MGB, drove over it, reversed and repeated that action three times (corresponding to the revolutions of Cage’s wheel). I then inked up the front tire, placed the paper record cover underneath it and repeated the action again, rocking the car gently forward and backward three times.
The turntable revolution of the 7″ record mimes that of the tire. The absence of sound printed into its grooves, now offering a silence interrupted by the material inscription of harm written upon the record’s surface. 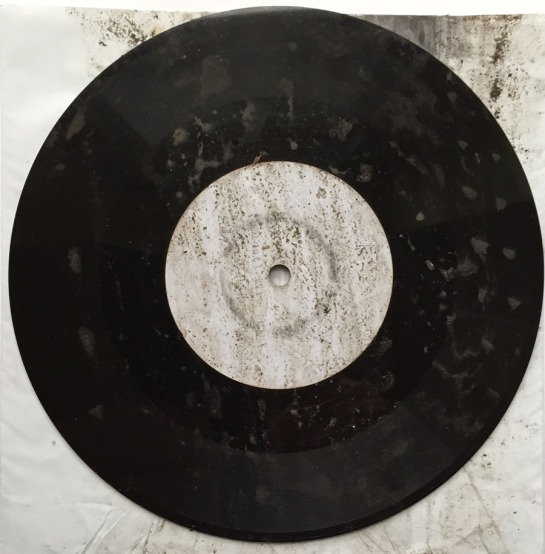 [silent] tire print is an edition of one and will be part of the auction for Greg, which begins at 6pm on Thursday 9th March at Re:So in Southampton (viewing from the 7th March). You can also donate here to fund treatment for Greg not available on the NHS.