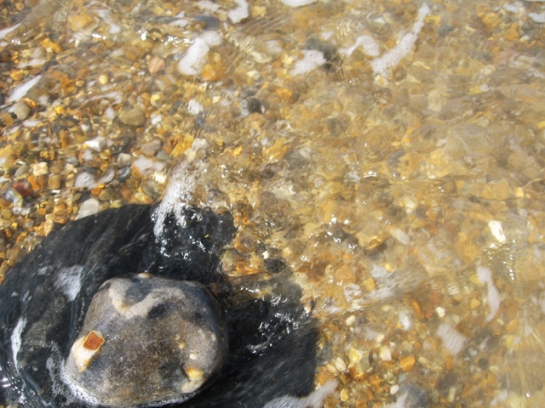 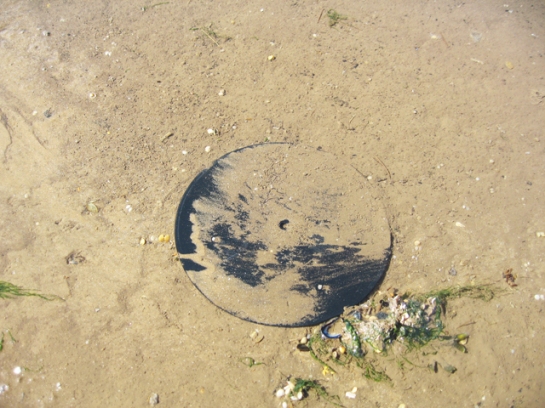 Two single-sided 10” records were made, each cut with a silent groove. Revolving at 33rpm, each record was ‘recorded’ without input and provides over 7 minutes of soundless revolve. Something strange and quietly hypnotic occurs when you place such a record on a turntable and watch as the dampened fall of needle finds the groove. The record ‘plays’ without the expected audible consequence, making silence appear to double. The lack of synchronicity between sound and action seems to cause time to pause. There is a sense of displacement, and I feel slightly transparent. But the experience is more meditative than disturbing.

In an act of microphone-less field recording, I used the two records  to record the tides at Holme-next-the-Sea and Cley. On the beach at Holme, I walked to the shoreline and placed a record in a stream of seawater. As the tide came in, each wave covered the record in a layer of sand, the particles of silica rolling over the surface of the mute spiral. After seven minutes the record was rescued from the sea, tidemarks of sand appearing on its surface, as it dried in the sun. On the shore at Cley, the retreating sea pummelled the surface of the remaining record with waves of roaring shingle. 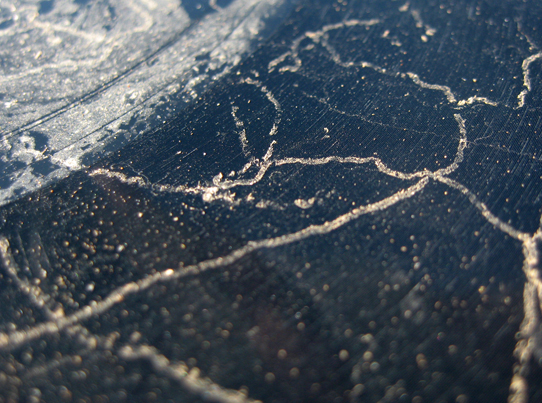 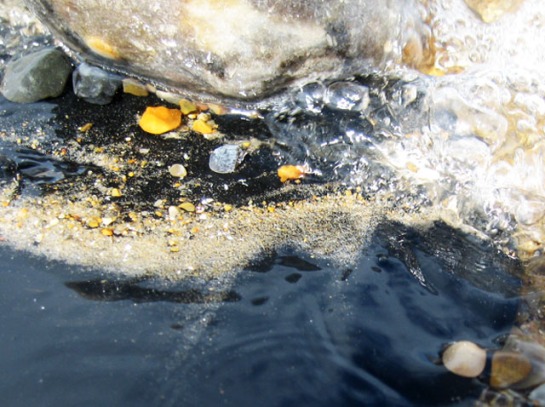 Returning each record to the platter of the gramophone, the needle moves across the coast of the silent vinyl spiral, meeting and dislodging particles of sand as it listens to the damage done. The revolve of the vinyl echoes the rotation of the earth, while the needle redistributes the sand across the surface of the record, rebuilding it’s own coastline . In the surface noise of self-harm, we can hear the records memory of water, as two quiet tides of time and silence.
I now imagine a vinyl index of tides, a tidal clock, mapping the coasts of England, the rotation of the earth and the gravitational pull and push of the lunar calendar. 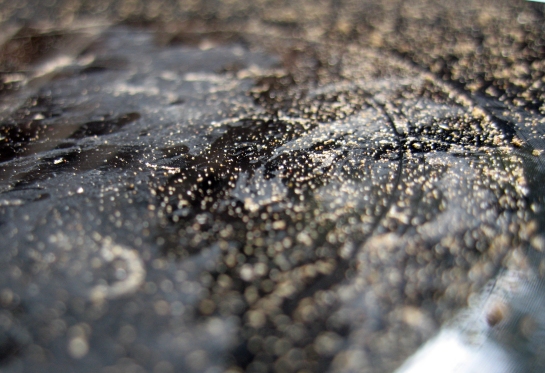 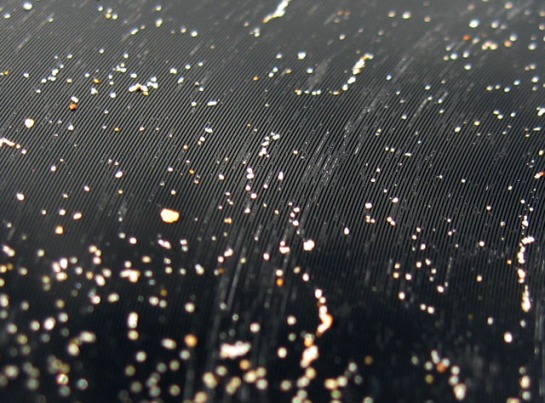